I went to a Lucifer convention and it was amazing!

Last month I went to the LUX convention in Brighton. A LOT of guests from the TV series Lucifer were there, including the devil himself (Tom Ellis)! It was quite impressing.

If you're interested in going to a convention and meet the awesome cast of Lucifer (and I can totally recommend it), Sean Harry / Starfury Conventions is organizing another one next year. You can check it out over here.

What I like about going to conventions is the excitement. The people (and guests) attending all share the same passion. And most of the time that creates a wonderful energy. There's always somebody to talk to after you had your picture taken with that actor or actress you love, because everybody there knows how thrilling it is to meet your idol.

I also go to conventions because I love to get my fanart signed by the guests. I have a 'hall of fame' in my house, with signed artwork by a lot of actors and actresses, including Pamela Anderson, Felicia Day, Sean Gunn, several Supernatural actors, and now the Lucifer cast (including the show-runners Ildy Modrovich and Joe Henderson). 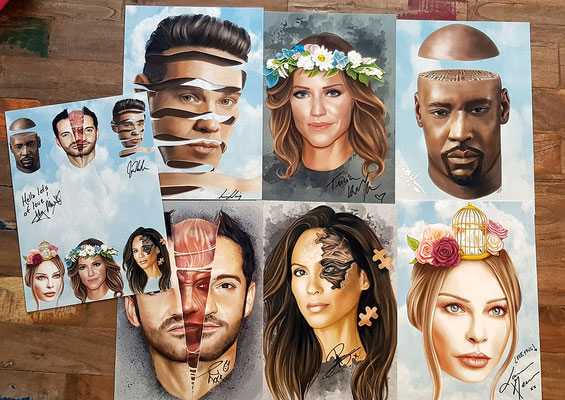 Due to an unexpected move I didn't have as much time as planned to get all my art finished on time, so I didn't get a lot of sleep the weeks before the event. It was totally worth it though!

I got all my art signed, received SO MANY positive reactions I was practically giddy and my work even got retweeted and reposted by some of the actors. That was such a big honor! It still brings a smile to my face when I think about it. 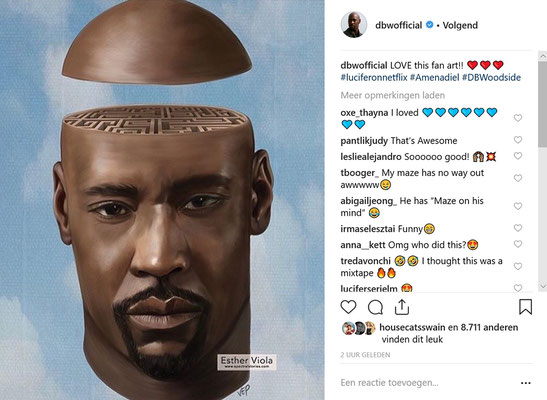 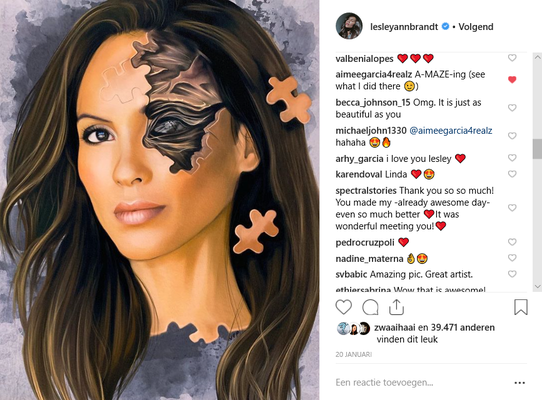 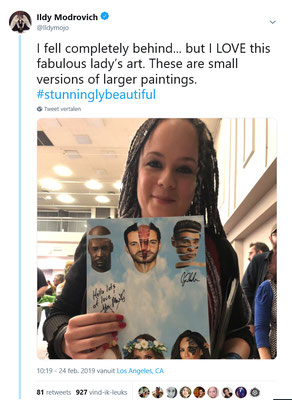 I'm going to a few other conventions this year, so I better start working on my fan art, so maybe this time I don't need to stay up until 3 am the night before to get everything finished!